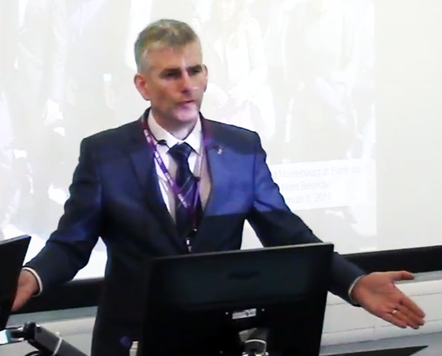 Last week I began to share my thoughts on the future of the EAA in the lead up to our election of a new President this month. One of the areas I feel would benefit the organisation and we members in particular, is communications and transparency when it comes to decision making.

One of the many wonderful things about the EAA is that it has a set of core values on which it was founded. The attitude of the organisation has followed these values across the decades, prioritising social democracy and equal opportunities to learn, share and progress ideas.

In September last year, those values were galvanised in the profound and widely acclaimed EAA 2019 Bern Statement on Archaeology and the Future of Democracy. This articulate statement speaks out against the use of archaeological information for “divisive nationalistic, anti-democratic, exclusionary or chauvinistic argument”, and it references its founding “respect for human rights, intellectual and academic freedom, democracy, cultural diversity and the rule of law.”

“Responsible archaeology seeks to widen discourses and respectful dialogue by seeking to focus on the social relevance of its discipline in the modern world and to include all social groups within open and democratic societies. Archaeology creates accessible, diverse, dynamic, participatory knowledge. With its analysis, critique and its well-argued range of reflections archaeology cannot but be political in its ethos. It is a political position that EAA therefore seeks to promote with an integrity based on the unassailable democratic values of an open society.”

Upholding our core values in the way we operate

In having these honourable values however, in this age of digital communications, online interaction and global connectivity, it seems to me that there are more ways in which we can honour them in tangible, functional ways to the benefit of all.

This is an area in which I have professional experience. Having worked in and for several membership organisations in the heritage sector I have overseen the management of data, memberships and processes in order to ensure they bring value to both members and the organisation itself.

In particular, at the EAA, I feel that there are four ways in which improvements to communication, transparency and the alignment of values with decision making would enhance membership both now and in the future.

Choosing a location for our Annual Meetings

The location of our Annual Meeting is always a source of great excitement and enthusiasm. It is the key event in the year, and for many it is the singular reason for being a member of the EAA. Last week I discussed how we need to look at ways of enhancing and adapting the key elements of the event so that we can all benefit from them more often and in different ways.  However, it is important to acknowledge the importance of the physical event itself, and the location is an inextricable part of that.

For many, the decision of whether to go to the conference or not will hinge on the place itself: Is it culturally exciting? Is it easy to get to? Is the weather going to be nice, even? However, we should also be making sure that these locations are aligned with our democratic and egalitarian values.

How we communicate with our members and the outside world

Within the EAA itself, it feels as though there is also room to improve transparency when it comes to decision making, in honour of our democratic values. It is often pretty unclear to members what’s going on when the EAA Board goes into conclave, and more often than not there is a sense that things are being done and decisions are being made behind closed doors. Indeed, in a survey last year, members said they would welcome more structured and detailed online information as well as more frequent and specific communications from the EAA.

Today we live in a world where transparency is important to us, and it is also much easier to facilitate. We expect it as consumers, as members of the electorate and as shareholders in companies. So, we also have a reasonable expectation to it when it comes to membership organisations, including the EAA, which seeks to stand as a representative of our profession.

This goes for how we communicate with one another as well as the outside world, and it could help to improve how we represent ourselves in public. For example, there have been occasions in the past where snap decisions have been made to comment on news stories around potential damage to archaeological sites without being fully informed about the associated activities of the EAA community. At times, that has led to embarrassment and antagonisation of the issue at hand.

While naturally some decisions have to be made quickly, greater transparency and internal communication would help to ensure they were made in an informed and productive way.

The benchmarks for decision-making within the EAA

All that said, there is a reason we elect a President and a Board of the EAA. We cannot operate efficiently if every actionable decision is to be made under constant referenda. So, with all of these things in mind it’s important that the Board has a clear understanding of its responsibilities and that members have a clear understanding of those responsibilities as well. We need to know the criteria against which decisions are being made, and where the line is for wider collective involvement.

Fortunately, we already have those criteria and do not need to create new ones. They are written in our core values – in the EAA Statutes, Codes of Practice and Code of Conduct, together with the Bern Declaration, and it’s in the true spirit of democracy that members can expect decisions to be made against them.

The same can be said for how we behave as members of the EAA, both towards one another and in our professional lives as representatives of the organisation. Unlike many societies, while we have our values, we do not have sanctions by which membership can be revoked if we do not honour them. That isn’t something we would ever want to change. Therefore, the responsibility lies with each of us to be mindful of the values of the organisation and to act accordingly.

This year’s pandemic has thrown many things into a new perspective for businesses, individuals and organisations around the world. It has highlighted a need for evolution for all of us, including the EAA, that may well not have been evident without the disruption of Covid-19.

The EAA has a history and strong foundations that it can be and should be extremely proud of. Now is the time to look to how we can improve, extend, adapt and honour all of that in order to improve membership value and experience, and to enhance the performance of the EAA for the benefit of all.